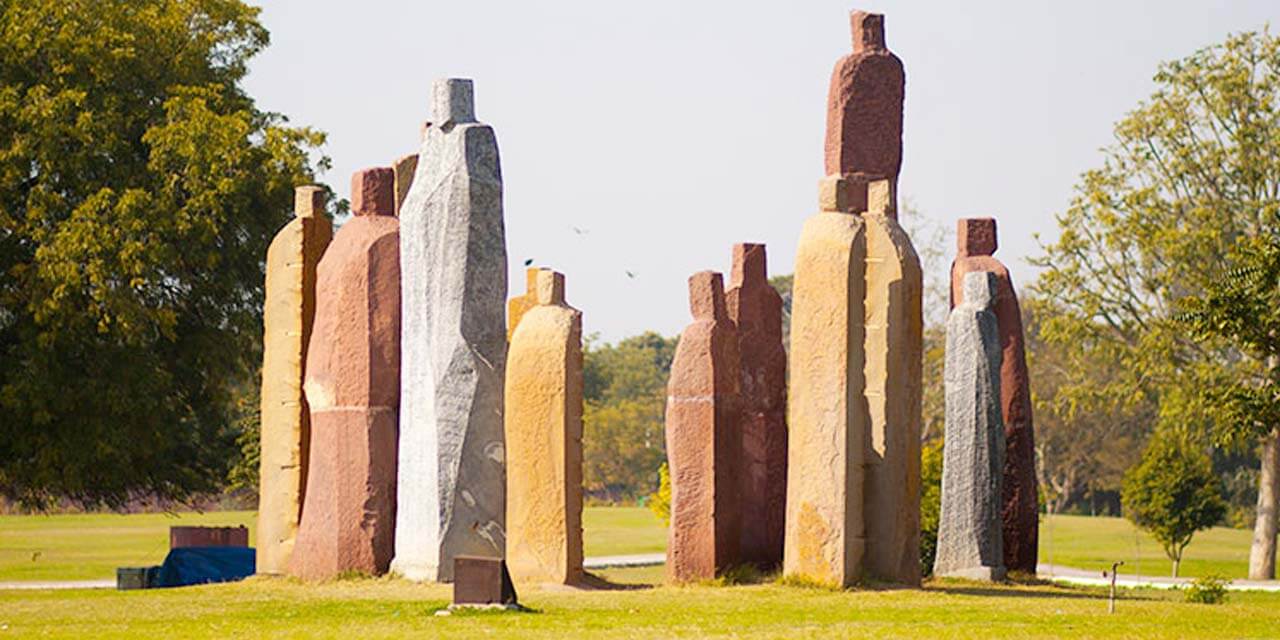 Built in 2006, the Central Park of Jaipur is the largest park with the longest jogging strip, which is also used as a walking track. The park was constructed by Jaipur Development Authority and is home to one of Jaipur’s most lush green hubs at the centre of the city with four entrance gates. The park was opened for public on 21st January 2006 after it was formally inaugurated by the then Chief Minister of Rajasthan, Srimati Vasundhara Raje Scindia.

When it comes to bird watching enthusiasts, Jaipur’s Central Park is the best choice for visitors as the park is a bird watcher’s paradise with several migratory as well as local birds making home in the gardens here.

There is a huge musical fountain that lights up around sunset and makes a prime attraction for visitors. The garden also has a couple of stone sculptures around. The Central Park becomes a day picnic place for families over the weekend.

The jogging strip here is 5 kilometres and people come for early morning walks and runs. There are early morning yoga sessions organised in the park every day. The park is spread across a total area of 129 acres and is maintained by the Jaipur Development Authority.

The major attraction of the Central Park is the 206 feet high National flag which is the highest flag post in India ever. The flag itself is 28 feet wide and 72 feet long. This is India’s first day and night monumental flag and the tallest tricolour in the country and looks magnificent during the night when the flag is washed in colourful lights.

The 13 stone statues beside the National flag resemble the hedges, if watched closely. They are placed in such a way that they represent the constellation of Capricornus. The statues are also one of the prime attractions of the park and are most photographed.

Since Central Park serves as a day picnic place for many locals, there are restrooms as well as clean drinking water facilities available for tourists and locals alike.

The Central Park is located near Jaipur’s famous Rambagh golf club and polo ground, right at the heart of the pink city adjacent to the Statue Circle, near S. M. S Hospital.

Due to its prime location, there are quite a few restaurants around the Central Park that offer authentic and scrumptious Rajasthani food as well as continental cuisine. Few of them worthy of finding mentions are listed below.

If you are a coffee person, walk in to Saras Point at Statue Circle. They serve the best coffee in the area and the coffee aficionado in you would most certainly leave with a memorable experience.

1. Rambagh Palace: A decent garden house in 1835 to become the palace of Maharaja Sawai Man Singh II in 1935, the Rambagh Palace went under continuous renovations with each century passing by. Currently, a five-star hotel, one can book their stay and enjoy the royalty.

2. Statue Circle: The beautiful white marble structure with a huge statue of the founder of Jaipur, Maharaja Sawai Jai Singh II. The statue is seen holding an astrological diagram and was built to pay tribute to the great scholar and visionary that he was.

3. B. M. Birla Auditorium: Walk into one of the largest auditoriums in the country with an impressive library, science museum and audio-visual shows and a great planetarium and come back with knowledge of galaxies, stars and various aspects of astronomy.

4. Albert Hall Museum: The central museum of the pink city which also happens to be the oldest in the state, dedicated to King Edward VII. A little trivia about the museum is that it was built with the intention of making it a town hall but later on went on to become a museum. Enjoy the rich colonial as well as Rajasthani history at this museum.

5. Jaipur Zoo and Ram Niwas Garden: Located in the same premises, both Jaipur Zoological Garden, as Jaipur Zoo is called, and the Ram Niwas garden are worth a visit for rich flora and fauna. The visitors can bring the photographers inside them alive by trying hands on wildlife photography and bird photography. Botany enthusiasts can spend their day at the gardens to familiarize with various species of the local flora.

How to Reach Central Park Jaipur

Since it is located at the centre of the pink city, it is accessible through all means of transport throughout the city. One may either hire a taxi, or an auto rickshaw from the city centre or, can also rent a cab from top car rental companies in Jaipur to reach the Central Park.

In case of budget travellers, buses would be the most economical option.

With endless things to do and countless places to visit in Jaipur, Pink city will mesmerise you with its innumerable options. Book a Jaipur tour package from Jaipur Tourism, a division of Holidays DNA and make memories to last a lifetime.