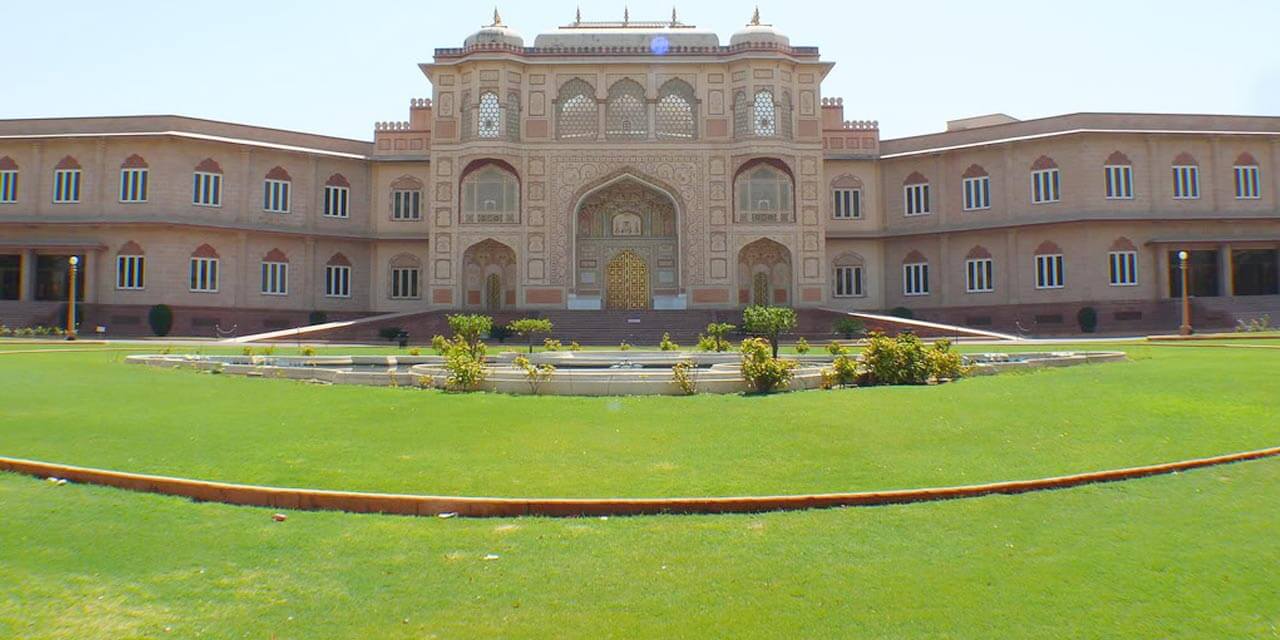 The B. M. Birla Auditorium in Jaipur is one of the largest auditoriums in the entire country and also boasts about having been a venue for some of India’s best and biggest events. It is practically the most famous venue in India. It is built as per international standards and meets every criterion to host events that are of international repute. The events organised at the auditorium differ in nature and by saying that, it means it entertains a mix of business, literary, cultural programs as well as festivals here.

With the array of options provided by the auditorium and convention centre at one place is the best way for someone who would want to gain knowledge on their respective subjects. The auditorium complex is spread out across a very massive area of 9.8 acres of land that includes a science museum, a library, an information and broadcasting cell, a computer centre, eight research divisions, a planetarium and an auditorium.

The seating capacity of the central auditorium is around 1350 people at a time and it is here that the auditorium has been a spectator to Times Education Boutique, Jewellers Association Show, Cera Glass India, etc.

The audio- visual shows at the auditorium are mainly arranged and projected using computerized projection systems same as GM II projector along with some of the latest technologies. Most of the presentations, conferences and events are organised by world renowned scientists and artists. The medium conference hall which is, most of the time used for group discussions, lectures, seminars, meetings has a seating capacity of 150- 200 people.

The auditorium is built as per contemporary style of architecture along with Rajasthani elements added to it.

The M. P. Birla Planetarium which is located in the auditorium, was inaugurated by the then Prime Minister of India, Pt. Jawahar Lal Nehru, on 2nd July 1963 however, it had already started its functioning the year previous to that, on 29th September 1962 as an institution that encouraged scientific education and research.

As of today, all the assets of the planetarium, and the planetarium itself have been transferred to a rather registered society of ‘Birla Institute of Fundamental Research’.

There have been a significant number of astronomical projects designed for students and visitors to make them aware of the many facets of subjects pertaining to astronomy, astro- physics, History of astronomy, Space Science, Celestial Mechanics, etc. Additionally, the authorities have also been designing educational programs and courses in astronomy for students from various grades.

The planetarium also introduced post graduate courses in Astronomy and Planetarium Sciences along with an M. Phil course in the same subject in collaboration with the Birla Institute of Technology and Science, Pilani (BITS, Pilani).

Layout of The B. M. Birla Auditorium Jaipur

There are six meeting rooms in the entire auditorium including two board rooms that can be used for more than one parallel session with 25- 30 people who can occupy the seats. The AC Basement Exhibition Hall is spread across a huge area spanning 5424 square feet majorly hosting seminars, exhibitions and conferences. Also, the medium AC Hall which measures 1488 square feet in area is also given for the exhibitions, conferences and seminars along with the main hall. There is a Non- AC exhibition hall too located on the ground floor of the building and is spread across 6500 square feet along with the 7770 square feet basement Non- AC hall to use it along.

The lush green lawns at the centre of the auditorium are where the lunches and dinners are arranged based on what kind of program or festival is being hosted. There are three lawns altogether, two small triangular ones measuring 5500 square feet each and one bigger one that’s rectangular in shape and is spread across 14,000 square feet of land. Additionally, there is also another lawn that’s attached to the auditorium.

The auditorium also has a huge parking area that can provide parking spaces for almost all guests at a time including valet parking facilities. The other additional facilities provided at the auditorium are public telephone booths, high speed internet, onsite catering and power supply. If any visitor finds difficulty arranging a proper accommodation, the auditorium authorities also provide hostel facilities for visitors from the centre itself.

Shows and Events at B. M. Birla Auditorium Jaipur

Timings and Entry Fees of B. M. Birla Auditorium Jaipur

The entry fees are INR 40 and an additional fee of INR 20 for the planetarium show.

Places to visit near B. M. Birla Auditorium Jaipur

1. Statue Circle: Pay tribute to the founder of Jaipur by visiting the Statue Circle that was built in memory of the Maharaja who founded the walled city of Jaipur and was responsible for bringing back the glory and prosperity of the Kachwaha rulers.

2. Sawai Mansingh Stadium: Indians and cricket can simply not be kept apart and that very much is true for the city of Jaipur too. The city has one of the oldest cricket stadiums named after its erstwhile king, Maharaja Sawai Man singh II, who had a penchant for sports and was a sportsman himself. When in Jaipur, paying a visit to the stadium becomes imperative.

3. Central Park: Witness the serenity of the largest park in Jaipur that is also neighbour to a polo ground and a golf club. The park is also the home to the tallest tricolor in the country.

4. Birla Mandir: Similar to all other Birla temples of the country, the grand Birla temple of Jaipur is also built of while marble and offers a peaceful environment for its visitors. Pay a visit to spend some peace time here.

The B. M. Birla Auditorium is located very near to the Statue Circle at the Prithvi Raj Road in Rambagh, Jaipur

How to Reach B. M. Birla Auditorium Jaipur

The best way to reach the B. M. Birla Auditorium is to hire taxis, auto rickshaws or e-rickshaws. One may also rent a cab from top car rental companies in Jaipur to reach here comfortably.

One may also hop on to a local bus to reach here.

We at JaipurTourism, a division of Holidays DNA, present our clients with a wide variety of customized and all-inclusive Jaipur tour packages that are available at budget-friendly prices. Our team of experts also assist people with the places to visit in Jaipur. What else do you need? Just fill out the Contact Us form to know more about our services.